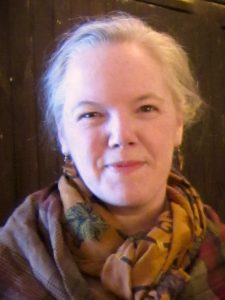 Rev. Holly Morrison serves as full-time pastor of Phippsburg Congregational Church, United Church of Christ.  She has previously served congregations in Maine, Colorado, Washington State, and Alaska. She and her wife are the stewards of Tir na nOg Farm, an educational farmstead devoted to restorative agriculture.  In farming as well as ministry, she draws inspiration from her Celtic roots. Her writing is included in two collections: There’s A Woman In The Pulpit (Skylight Paths, 2015) and The Smeddum Test: 21st Century Poems In Scots (Kennedy & Boyd, 2012).