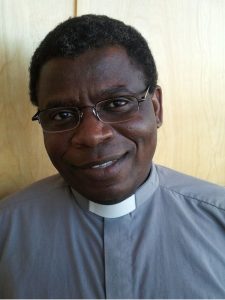 Kapya Kaoma (ThD, Boston University in Ecological Ethics) is a Zambian Anglican priest, interdisciplinary scholar, Visiting Researcher at Boston University Center for Global Christianity and Mission in Boston, USA and Distinguished Visiting Professor at St. John’s University College in Zambia. In addition to academic articles and chapters on ecological ethics, ecotheology, and mission and ecology, Dr. Kaoma has authored and edited books including Creation Care in Christian Mission, The Creator’s Symphony, God’s Family, God’s Earth and Raised Hopes, Shattered Dreams. He has also written and spoken extensively about subjects in mission history, the Anglican communion, gender and African culture, and human rights. Most noted for his pro-LGBTQ+ activism in the face of repressive anti-gay legislation in Africa, and his work for uncovering organizational ties between American anti-gay hate groups and a notable increase in homophobia in African politics, Dr. Kaoma has received several honors including the 2014 International Human Rights Award of the Lesbian and Gay Association Mexico City.