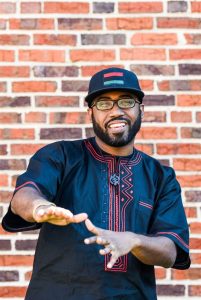 For nearly two decades, Dr. Brown has been a catalyst for personal transformation and social change.

He is the Founding Director of Orita’s Cross Freedom School. Based on the Freedom Schools of the 1960’s, Dr. Brown works to reconnect Black youth to their African heritage while providing them hands-on learning opportunities to spark their creative genius and build vocational skills.

Additionally, in 2015 he launched the Black Church Food Security Network a multi-state alliance of congregations working together to inspire health, wealth and power in the Black Community.  The BCFSN accomplishes this by partnering with historically African American churches to establish gardens on church-owned land and cultivates partnerships with African American farmers to create a grassroots, community-led food system.

Dr. Brown’s dedication to service has been widely recognized. He is the recipient of numerous awards including the Ella Baker Freedom Fighter Award and The Afro American Newspaper’s “25 Under 40 Emerging Black History Leaders” award. In 2011, Urbanite Magazine identified him as one of the “Change Makers of Baltimore City.” In 2013; he received a $10,000 Fellowship Award from The Beatitudes Society who identified him as one of eight leading young progressive Faith leaders in the country. In 2016, Grist.Org named him among innovators, organizers, and visionaries as one of “The 50 People You’ll Be Talking About This Year.”  In 2018, Baltimore Magazine named him a Visionary of the City and the Baltimore City Office of Civil Rights presented him with their Food Justice Award.  In 2019, he received the coveted Emerging Leaders Award from the Claneil Foundation which brought with it a $250,000 investment in the work of the Black Church Food Security Network.

He earned his B.S. degree in Psychology from Morgan State University, a Master of Divinity degree from Virginia Union University and a Doctor of Ministry degree from Wesley Theological Seminary. (Washington, D.C.)