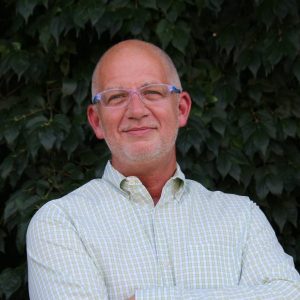 Paul Nixon is the founder of Epicenter Group. He is a pastor, coach, ministry strategist and student of culture. He lives in downtown Washington DC, with an office on K Street. He operates in multiple time zones and cultural contexts each week. An author of eight books, Paul teaches in all sorts of venues from online cohorts to regional seminars to a course at Wesley Theological Seminary. Paul Nixon was doing multi-site before that was a word. Paul planted one of the earliest campuses of a multi-site Protestant congregation, in the 1990s, a site that grew well past 1000 worshippers a week. Paul has been thinking, coaching and working around issues of multi-site ministry longer than almost any other coach or consultant around. Paul is co-creator of the Readiness 360 tool helping churches measure and cultivate their capacity for multiplying ministry. More than 1000 American congregations have used the 360, with hundreds more coming along each year, generating one of the best databases on church vitality anywhere. (READINESS 360) Paul has been coach to the fastest growing mainline Protestant church in the United States (Embrace Church Sioux Falls). He also has worked with Urban Village Chicago, City Square Phoenix, After Hours Denver, New Day Bronx, The Loft@Westwood in LA, Valley Praise in Harlingen, Texas. Broken Builders in NYC, RISE in Harrisonburg VA, The Gathering Virginia Beach, West UMC in Mooresville NC, HopeGateWay in Portland, Maine, and many other creative new ministries.

Check out my latest #podcast https://www.podbean.com/eau/pb-si5zx-128363d on #Podbean

Check out my latest #podcast https://www.podbean.com/eau/pb-eykiy-1255fac on #Podbean