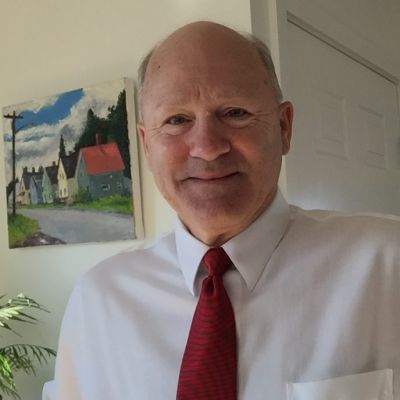 11/13/18 - The Board of Trustees of The BTS Center announces the retirement of our Executive Director, The Reverend Dr. Robert Grove-Markwood, effective June 2019.

Bob has an extensive history with Bangor Theological Seminary (BTS), the predecessor of The BTS Center, having received both M. Div. (1982) and D. Min. (2003) degrees from the Seminary. He also served as the director of admissions (January 1985-June 1987). For five years (2006-2011), he was a member of the Seminary’s Board of Trustees, and chaired both the Advancement and the Information Technology Committees during his tenure on the board.

Bob served as Interim President of BTS from July 1, 2011 to June 30, 2012 at which time he was named President of the school, until final commencement exercises in June 2013. In the two years he was President, he helped lead the Seminary through a complex process of transition and reinvention. Bob was then appointed as the Executive Director of The BTS Center to advance its development as a think tank and incubator for equipping leaders for innovative and effective 21st century ministries.

During Bob’s time as Executive Director, there have been a number of meaningful accomplishments:

We are extremely grateful to him for his dedication to and passion for the work of The BTS Center.