The Rev. Allen Ewing-Merrill to become next Executive Director 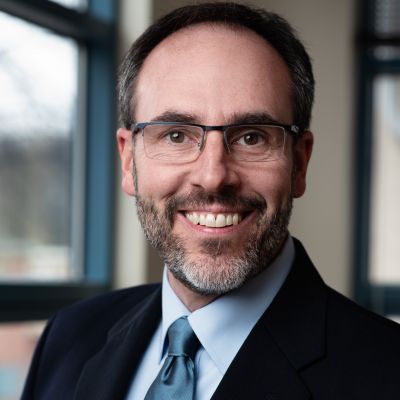 4/29/19 - The BTS Center Board of Trustees announces the selection of The Rev. Allen Ewing-Merrill as our new Executive Director, following a national search. He will begin his work with the Center on July 1, succeeding The Rev. Dr. Robert Grove-Markwood who will retire at the end of June.

The Rev. Ewing-Merrill, a Maine native, has most recently served as the Co-Pastor (with his wife, The Rev. Sara Ewing-Merrill) of HopeGateWay, a United Methodist Community in Portland. He is also the founder and convener of Moral Movement Maine, a network that advocates for social justice in the state, and he serves on the Board of Directors of the Maine Council of Churches, where he served for several years as Vice-President. A graduate of the University of Maine (Orono), Ewing-Merrill taught high school English before attending the Boston University School of Theology. He graduated from that school, magna cum laude, in 2000. After a pastorate at First United Methodist Church of Hudson, MA, he was appointed as co-pastor of the former Chestnut Street United Methodist Church, which subsequently became HopeGateWay. From 2011-2016 he also served as Executive Director of Hope Acts, a faith based nonprofit focusing on immigrant support and addiction recovery.

The Rev. Ewing-Merrill is widely known throughout Maine as an inspiring leader and a strong advocate on behalf of vulnerable and marginalized people. In addition, he is a recognized voice in conversations about progressive Christianity and the future of the church. In founding Moral Movement Maine, he brought together faith leaders from diverse traditions to work for immigrant solidarity, fair taxes, and health-care justice, earning respect from clergy, lay people, and politicians alike. In regard to his new work with The BTS Center, he said: “In this age of cultural and religious upheaval and uncertainty, The BTS Center is well positioned to focus on deeply compelling questions about what it means to lead faith communities for the 21st century. I am overjoyed to come alongside The BTS Center team in this pivotal moment, to explore how faith leaders and communities can play an important role in the renewal of human hearts, the establishment of justice, and the restoration of creation.”

Helen Scalia, Chair of The BTS Center’s Board, said, “The hiring of Allen Ewing-Merrill as our new Executive Director is a momentous occasion which marks the beginning of the next chapter in our organization’s long life. Allen’s singular energy, natural leadership, and wide-reaching network will do much to further our mission of transforming faith leadership.”