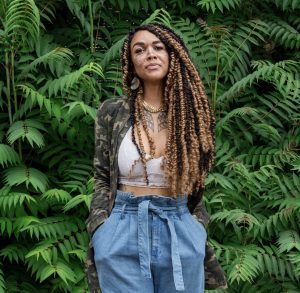 Dominique Christina is an award-winning poet, author, educator, and activist. She holds five national poetry slam titles in four years, including the 2014 & 2012 Women of the World Slam Champion and 2011 National Poetry Slam Champion. Her work is greatly influenced by her family’s legacy in the Civil Rights Movement and by the idea that words make worlds. She is the author of four books. Her third book, This Is Woman’s Work, published by SoundsTrue Publishing, is the radical exploration of 20 archetypal incarnations of womanness and the creative process. Her fourth book Anarcha Speaks: A History In Poems, won the National Poetry Series award in 2017. She is a writer and actor for the HBO series “High Maintenance” and does branding and marketing for Under Armour.