Penthea Burns and Carie Johnsen have long questioned the roles that faith leaders and faith communities can play in remedying historical wrongs. Their collaborative “Decolonizing Faith” project is rooted in the following question: “What is required of faith communities to understand and repair the harms done by the colonization of this nation, the domination of its indigenous peoples, and those processes’ lasting effects on native people today?” With support from The BTS Center’s Innovation Incubator, Burns and Johnsen will plan and lead a retreat, and also create educational materials, for faith leaders and communities seeking deeper understanding of their faith traditions’ roles in the colonization of this country and its continued present-day impact upon Wabanaki people. Guided by their own traditions, participants in “Decolonizing Faith” activities will explore reconciliation through acknowledgement, accountability and action. The project promises to offer insight into how faith-based practices and resources can be used to address and acknowledge historical traumas—including those caused by religious and cultural difference. Funding awarded: $5,000. 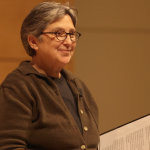 Penthea Burns, co-director of Maine-Wabanaki REACH, has worked at the Muskie School of Public Service since 1999, when she began working with the Wabanaki Tribal Child Welfare Programs and the State of Maine DHHS to improve Maine’s compliance with the Indian Child Welfare Act (ICWA). Penthea was involved in the development of the Maine Wabanaki-State Child Welfare Truth & Reconciliation Commission, which focused on the trauma, losses and resulting needs of Tribal members who were taken from their families, culture, and community when they were placed in state foster care. 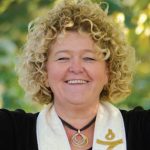 The Rev. Carie Johnsen has served as settled Minister of the Unitarian Universalist Community Church of Augusta, Maine since 2009. She is a founding member of the Steering Committee for the Maine Unitarian Universalist State Advocacy Network. She lives in downtown Augusta where she is active in the revitalization, including serving on the Board for the Colonial Theatre.

In their application for a BTS Center Innovation Incubator grant, Kathryn Booth, Joan Jordan Grant, and Piers Kaniuka expressed their intention to “bring spiritual direction out of the prayer room and into the world.” Against a backdrop of “traumatic world events,” they have noticed a “growing need for contemplatively grounded spiritual leaders … [and] new language and forms to meet the spiritual hunger of our times.” In response, Booth, Grant and Kaniuka have developed a 200-hour Contemplative Spiritual Direction (CSD) training program designed for “all those who are called by the contemplative way—particularly those seeking to work with young people, veterans, recovering addicts, change-makers, and the dying.” The program focuses explicitly upon preparing spiritual leaders to work with those at the edges of mainstream culture (e.g., the incarcerated, veterans, individuals who have experienced trauma, people recovering from addictions). Support from The BTS Center’s Innovation Incubator will be used to enhance several aspects of the program—including curricular materials and pedagogical resources—broaden programmatic outreach, and pay for scholarships. Funding awarded: $20,000. 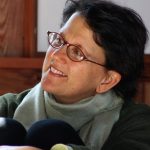 Formed by ten years of living and working in an intentional spiritual community in France, Kathryn Booth returned to the United States in 1991 and attended Bangor Theological Seminary (BTS), where she focused on the contemplative Christian tradition and its spiritual practices.  Guided by a desire to find contemporary ways to meet the spiritual hunger of our times, Kathryn has been studying and teaching spiritual formation ever since—in the parishes she has served, as an adjunct professor at BTS, and now as co-director of The Alcyon Center, a year-round training center cultivating contemplative action and service. 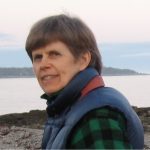 Co-Director of The Alcyon Center, Joan Jordan Grant describes herself in this way: “A native of Mount Desert Island, old as Island trees regenerated in the wake of 1947’s fearsome 17,000 acre fire, lover of quiet places reached by footfall, year-round observer of all things feathered, keeper of family lore, listener, pastor, weeder, sometime teacher and poet and artist of light, student of word and silence, steward of pilgrims seeking a center that can hold, resident guest of an amazing tidal Cove.” 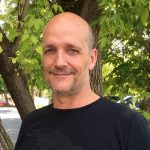 Piers Kaniuka, MTS, MA, has been facilitating contemplative retreats at The Alcyon Center since 2009. A counselor and educator, he is interested in exploring how spiritual practices can best serve addicts and alcoholics in early recovery. Piers is an alumnus of Bangor Theological Seminary (’97) and presently serves as the Director of Spiritual Life at Green Mountain Treatment Center in Effingham, NH.

WORDS THAT SHAPE US

The landscapes of religion and spirituality are changing in the 21st century—and so, too, is the language of faith. “Words That Shape Us” will provide insight into current linguistic and theological shifts. According to Kate Dalton and Michele LaBotz, “There is prevalent concern among progressive Christians about the evolution of faith-based terminology. Many words with biblical origins appear to be undergoing a ‘narrowing’ of definition that reflects a modern and conservative viewpoint. The result is that many Christians with a more liberal spiritual foundation shy away from use of many words traditionally associated with their faith.” In response to this trend, which “misrepresents the richness of current Christianity” to those both inside and outside of the faith tradition, Dalton and LaBotz will ask diverse groups and individuals—with a special focus upon youths and young adults—to identify and describe “words and narratives that best depict their faith-related experiences and viewpoints.” The BTS Center’s Innovation Incubator will support their efforts to build and curate a website that will serve as a repository for the contemporary language of faith and a “resource for programming designed to promote interfaith and cross-culture understanding and education.” Funding awarded: $5,000. 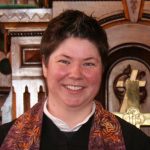 The Rev. Kate Dalton serves as the Associate Pastor at First Parish Congregational Church, UCC in Yarmouth, Maine.  She is passionate about helping people articulate their faith.  She lives in Portland with her wife, twin sons, a rambunctious dog and a fiesty cat.

Michele LaBotz, MD, FAAP practices sports medicine at InterMed and lives in Yarmouth, Maine with her husband, daughter, and 2 dogs.

As a minister and religion reporter, Jeff MacDonald understands that “thousands of mainline Protestant congregations are quickly, and often reluctantly, facing up to a new reality: they can no longer afford a full-time pastor. Ministries of teaching, spiritual formation and pastoral care now fall to the congregation with a bivocational pastor, who works a secular job during the week. The faithful want to see ministries continue, but they have no clue how to carry out duties that were always seen as the clergyperson’s job.” While some faith communities experience anxiety at the prospect of a part-time pastor, bivocational ministry doesn’t have to mean disappointment.  With support from The BTS Center’s Innovation Incubator, MacDonald will head out on the road to explore how bivocational mainline congregations throughout New England are doing “genuinely effective, impactful ministry.” He’ll look for “what’s new, what’s challenging, what’s working well, and which factors enabled this new flourishing to occur”—and then publish a series of articles about “how pastors and congregations are together redefining what it means to have a pastor and to be a pastor.” Funding awarded: $20,000. 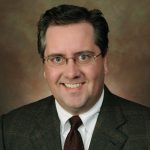 G. Jeffrey MacDonald is an independent journalist, author and bi-vocational pastor. He’s won 19 national awards for his reporting on religion. His work has appeared in dozens of publications, including TIME, Conde Nast Traveler, and The Boston Globe Magazine. For USA Today, he covered the historic federal trials of Boston mobster Whitey Bulger and Boston Marathon bomber Dzhokhar Tsarnaev. He’s the author of Thieves in the Temple: The Christian Church and the Selling of the American Soul (Basic Books, 2010), which won third place for Religion Nonfiction Book of the Year. He also serves as the Pastor of First Parish Church of Newbury, UCC in Newbury, Massachusetts.

“Suppose a secular Jesus-follower, a black Catholic priest, and a United Methodist clergywoman who runs a 207-year-old Bible Society traveled to the least ‘Bible minded’ cities in America to talk about the Bible. Would anyone come? Suppose those three people talked about how the Bible was used to try to harm or dismiss them personally, yet still spoke of why they loved it. Would others who have also experienced the pointy end of the Bible reconsider its importance?” Thus began Anne Robertson’s Innovation Incubator letter of inquiry. With support from The BTS Center, Robertson and two colleagues – Fr. Warren Savage, Catholic Chaplain at Westfield State and Amherst College, and Tom Krattenmaker, USA TODAY Contributing Columnist and Yale Humanist Community Board Member—will convene town hall gatherings in four cities that recently ranked at the bottom of a recent “Bible-Minded Cities” survey. During panel discussions, the speakers will address difficult, conflict-ridden questions about the Bible (e.g., “Is the Bible true?”) and interact with the audience, modelling respectful dialogue while acknowledging their divergent views of scripture. The project promises to illuminate the Bible’s role in 21st-century lives and society. Upon the conclusion of “The Great Bible Experiment,” Robertson will publish a book including her experiences and findings. More information about the Great Bible Experiment may be found at www.massbible.org/experiment. Funding awarded: $20,000. 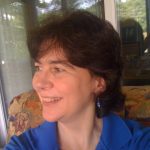 The Rev. Anne Robertson is the Executive Director of the historic Massachusetts Bible Society and has written a number of books, including Blowing the Lid Off the God-Box; God’s Top 10: Blowing the Lid Off the Commandments; and God With Skin On: Finding God’s Love in Human Relationships. She is also the author of the popular Bible study series Exploring the Bible: The Dickinson Series. Prior to joining the MBS in 2007, Anne served churches in Florida, New Hampshire, and Massachusetts as a United Methodist pastor.